Our city tour starts with a visit the Tuol Sleng Genocide Museum, the site is a former high school which was used as the Security Prison 21 (S-21) by the communist Khmer Rouge regime from its rise to power in 1975 to its fall in 1979. Then head to the famous Royal Palace which was built in 1866 under the French protectorate and King Norodom and the National Museum, a treasure chest of Angkorian and pre-Angkorian artifacts. After the museum, we will scale up the steps of a small hill to see Wat Phnom Temple, the birth place of Phnom Penh. We will spend the rest of day shopping at the Central Market and Toul Tompong Market where you will feel a bustling daily life of local people with Cambodia’s special character through local specialties, their houses, their faces, Palaces and buildings of Khmer & Colonial style architecture 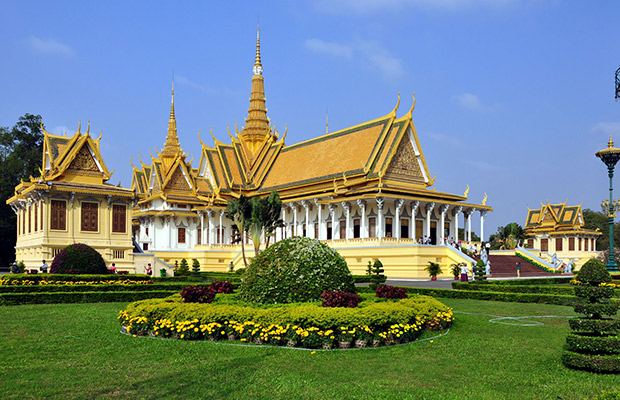 Phnom Penh is the vibrant bustling capital of Cambodia. Situated at the ...